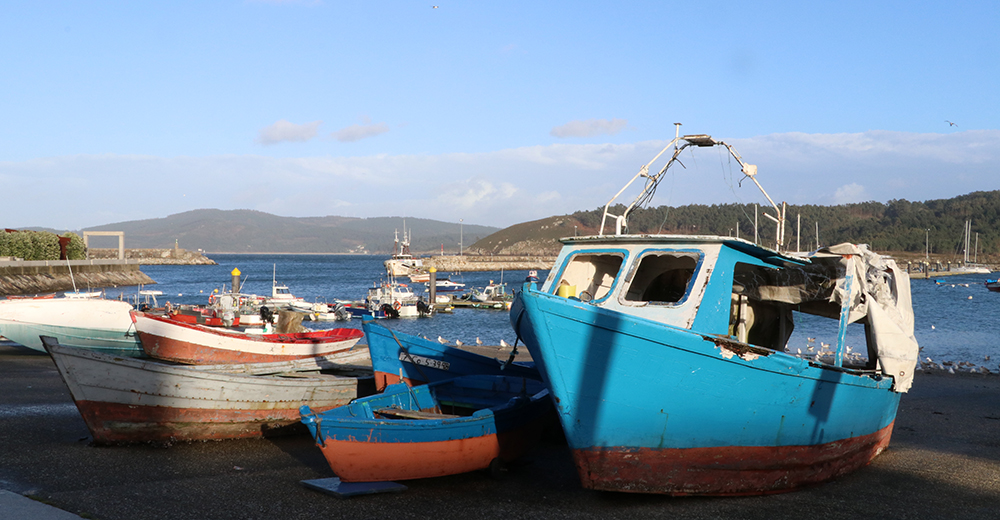 I’ve been travelling along the rocky Galician coastline that has seen so many shipwrecks that it has earned the name of Costa da Morte – the Coast of Death.

While I was trying to capture the effects of the light on the brightly coloured boats in the harbour at Muxía, I noticed a flock of seagulls paying close attention to a chap who was busy at the water’s edge.

At first sight, I couldn’t make out what he was doing, although the trail of crimson rippling in the water was intriguing.

Then, when he stood up to rinse and empty the water from the rubber capazo, I realised that the red was only a reflection of his jersey. But the gulls were still intent on his activity, so I continued watching, too.

It became clear that he was cleaning a large fish of some sort – quite possibly a conger eel. He gutted it and cut off its fins, then washed it thoroughly in the sea before putting it into the bucket and leaving the gulls to make do with diving for the trimmings. 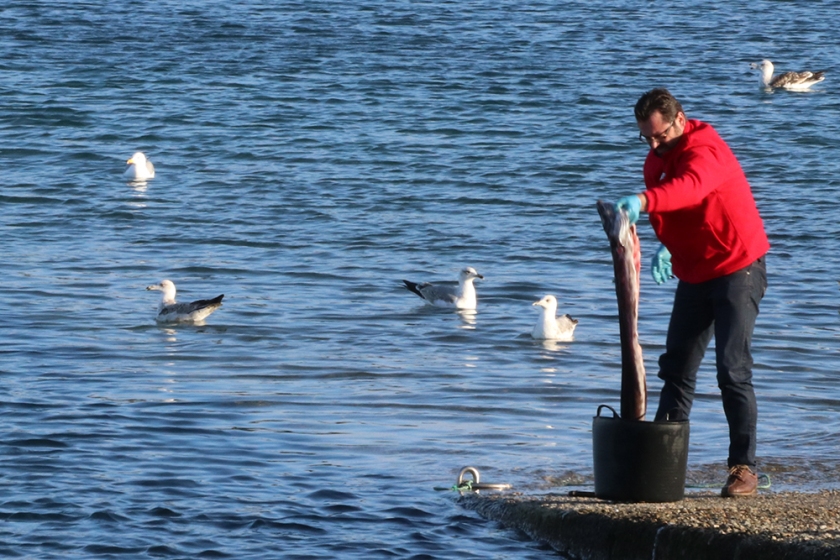 I haven’t yet had time to process my impressions and write any poetry about this recent trip, so I am going back to an old poem set on a different Spanish coast; I think Barceloneta is on the Costa Dorada.

The poem isn’t a firsthand interpretation: it’s based on a poem by Alexandre Plana. Some background to the writing process here, including an earlier draft, can be found in the blog post Transcreation.

I’m not sure that the scenes have much in common, except fish, gulls and bright colours, but that’s probably enough to be going on with.

Through colour and scent, this light unmakes the world.

2 thoughts on “coast to coast”