I’ve been looking through old files searching for poems that might be suitable to submit to a couple of competitions, as well as for a couple of projects that involve music, about which I will probably write at length at a later date.

Sometimes there are radical differences in form or approach to the same subject matter; occasionally, there’s a change in point of view; but frequently the changes between versions are minimal, like two blossoms from the same plant. 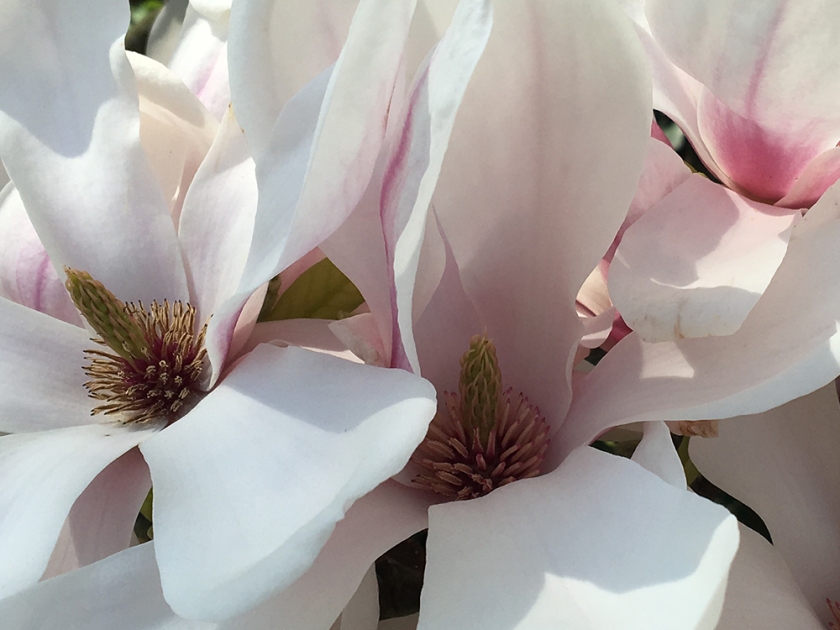 Continuing with that idea, I can see an early draft holding the potential of an unopen bud; then the petals begin to unfurl and the poem begins to take shape.

But the “latest” versions are not necessarily the “best”: too much attention – too much sun, wind or rain in the case of the flowers – can actually push the poem beyond its ideal form: the flower begins to decay; the poem becomes too contrived or artificial or simply lacks the freshness of the original.

Using the tenuous connection of “magnolia” as an excuse, I’ll close with lines from a poem called Accountability, which has undergone many, many changes in the nearly ten years since I started to write it.

I think these fragments are taken from the most recent version. Whether it’s the best is definitely debatable.