Over the last few weeks, I’ve taken a number of photos of trees in their autumnal finery, but for the last few days it has hardly stopped raining and most of the trees are now bare, which makes them less photogenic. Not only that, but when it’s pouring with rain, it’s not always easy – or appealing – to stop and take a photograph. So this post intersperses some thoughts I had during the recent rain with photos taken during brighter weather.

I was brought up in a London suburb, but taxis were not a common mode of transport except when we went on holiday as a family, or on occasional excursions in the capital when we would hail a Hackney in the street – always the old black cab that could turn on a sixpence and that was driven by a bloke who had done “the knowledge”.

For me, these were always joyous occasions and, as the littl’un, I was allowed to ride backwards, sitting on the small tip-down seat that was ingeniously hidden in the leather upholstery. 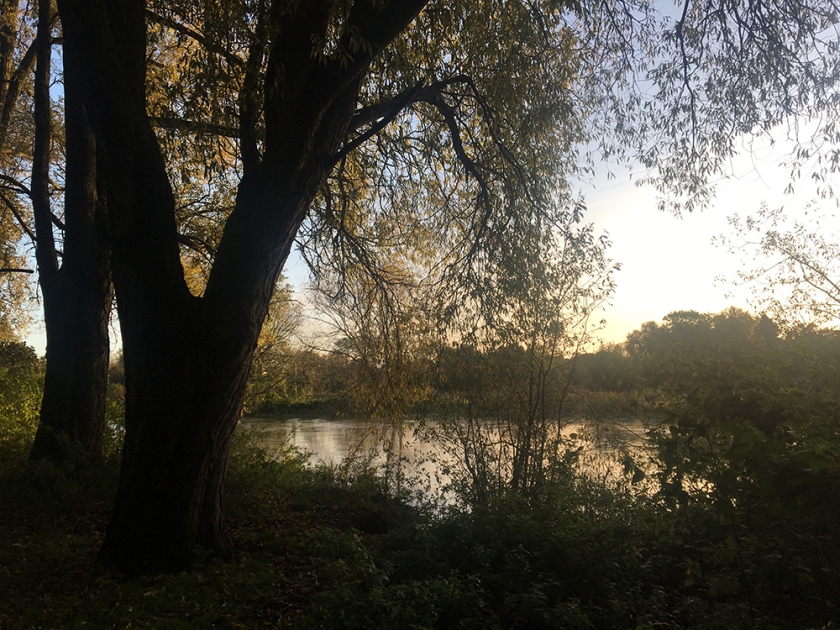 When I returned to London to work, I never had any qualms about jumping into a cab, despite some bizarre conversations and experiences – including one elderly cabbie with bottle-bottom glasses who drove tentatively out onto a level crossing ignoring the flashing red lights, and another driver who was unwilling to take me to my home in Clapham during the Brixton riots, leaving me to walk the last part of the way alone.

To be fair, I was a foolish young woman and incidents of this type didn’t really bother me and couldn’t destroy the pleasure I associated with travelling in a proper taxi. 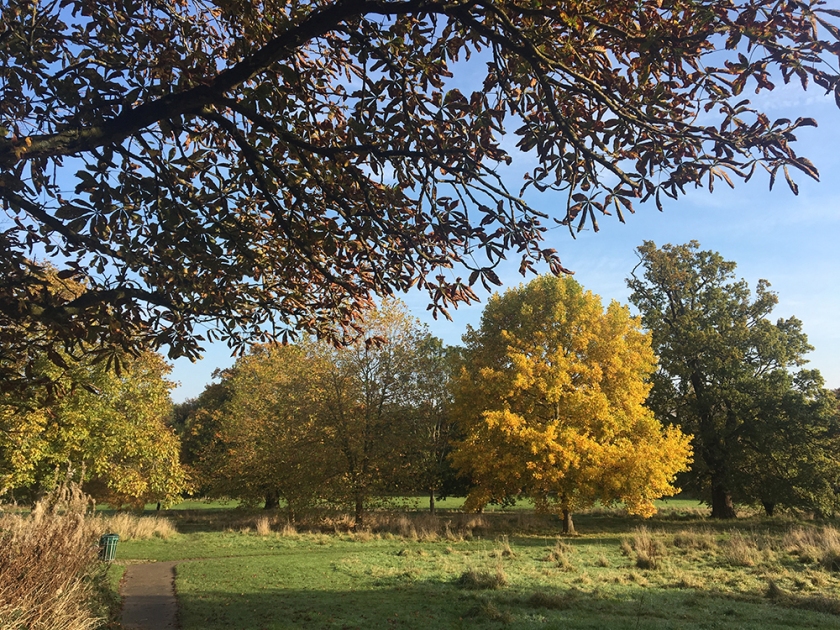 Old attitudes are hard to change and, even now, I am tempted to trust any man driving a black cab, although I am wary of the more “modern” mini-cab drivers and shy away from ride-shares and technological solutions such as Uber.

So, last Thursday, when I finished my first meeting in Birmingham, there being no cabs in sight, it was easier to just walk across town to the next appointment, a mile or so away, although it was pouring with rain. There were a surprising number of pedestrians about, stepping carefully along the streaming pavements, paddling through puddles, and battling with brollies against the gusting wind. 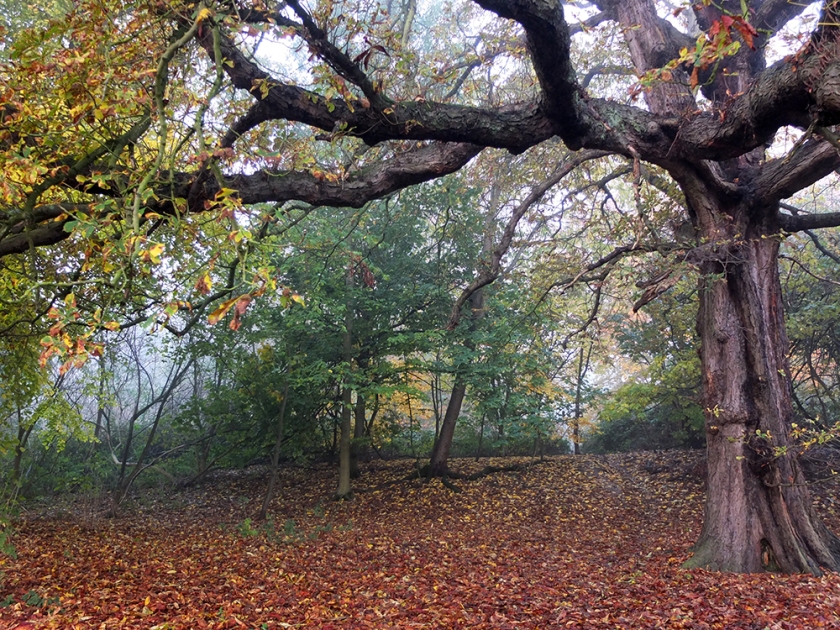 I don’t really understand why, even on days when torrential rain is expected, most people seem to avoid full-length Mary Poppins style gamps, preferring lightweight folding umbrellas that are easily – and cheaply – replaced if forgotten.

The problem with the latter is that they aren’t just inexpensive, they are invariably cheaply made and as ephemeral as mayflies. 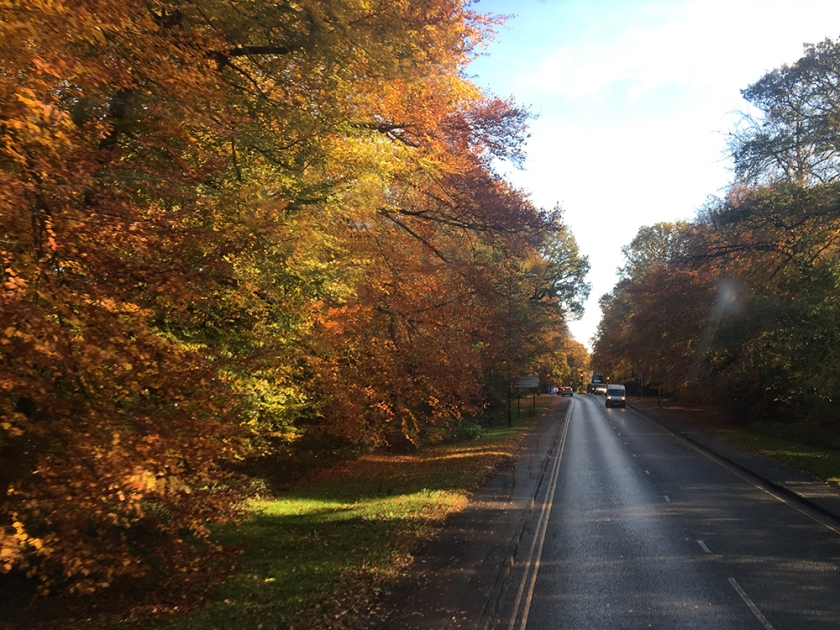 You would think these creatures would be in their element in the wet, but that doesn’t seem to be the case. Perhaps they are drawn down to drink from puddles, or to feed on the wet leaves that form a kind of yellow slop like soggy cornflakes, and then fail to get airborne again; whatever the reason, on stormy days the pavements are invariably littered with their metal skeletons and broken black wings.

Occasionally, you’ll see one, twisted in agony, protruding from a municipal litter bin where it has apparently tried to seek sanctuary from the weather.

Of course some do manage to stay dry and safe by rolling under café tables and chairs or blending in with the dark upholstery of taxi seats, and I guess this might explain why they tend to favour dark plumage.

Fortunately their full-length cousins are more robust, so I managed to get across the city to my second meeting without getting absolutely soaked. 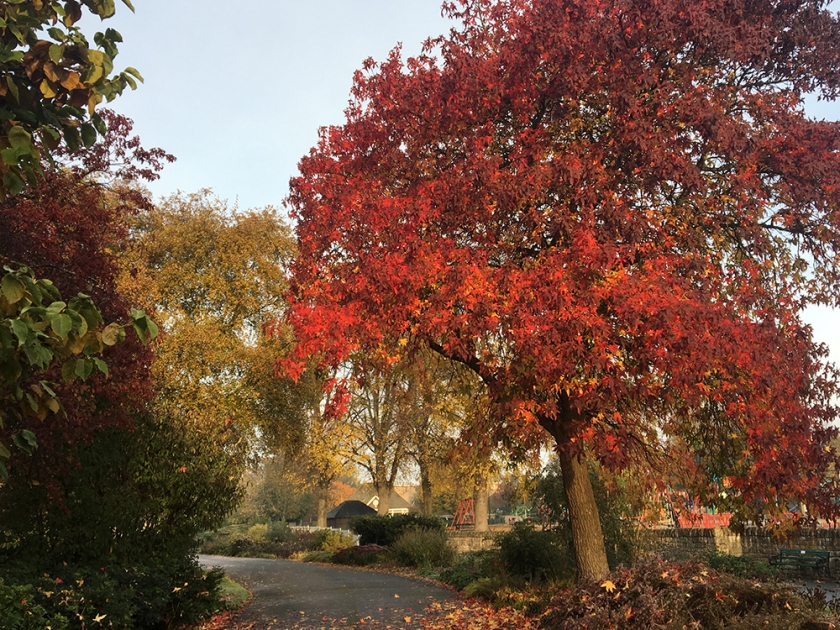 I don’t have many poems with taxis in, but I’ve found this one, which seems appropriate as it has rain and wet autumnal leaves.

The cambered road has tipped
the rain to flood. Storm drains,
stuffed with eighteen months
of drought and dust, refuse
the pooling swirls,
regurgitating summer trash.

Umbrellas rag and writhe
against the husking wind
till fragile skins are shed,
while underfoot, the yellowing leaves
banana-trap unwary hurriers-by. 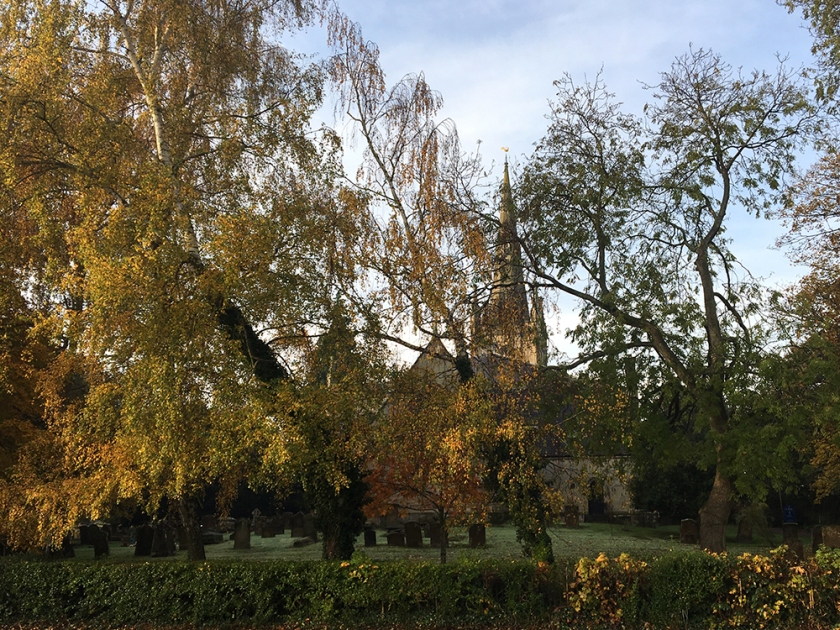 And here’s another one, this time with autumnal trees.

Notes for a November poem

The trees are ragged with Autumn. The wind nags
and worries scabby leaves. I see the skyline fray;
black scraps tear off to become
a join-the-dots of rooks that threads
across unbroken grey. Virginia creeper
pours an oxblood waterfall
down the garage wall and yellow tears drift
under the willow. No still small voice
commands me from the prunus.
The pine trees fluff green fur and mist
purls over the estuary.