It’s always hard to know what to celebrate on May Day bank holiday weekend. Should we be watching out for witches hastening through the dark on their broomsticks on Walpurgis night? Should we be lighting the beacons for Beltane? Crowning the Queen of the May? Or dancing round the Maypole in honour of the start of summer?

Or should we, perhaps, be celebrating International Workers’ Day?

I’ve done a lot of writing recently about the Pagan festivals, so it seems only right that I focus for a bit on the Workers.

Not having much to say about them, other than to note my gratitude for the achievements of the labour movement, I have decided to re-post photos of a number of workers from the past. 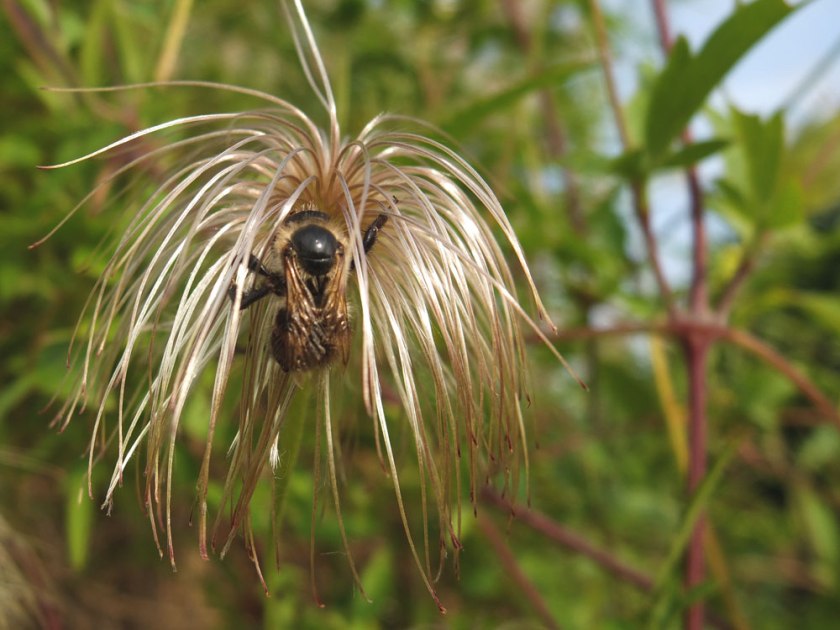 Worker bees, that is. I am no kind of expert, but, as far as I know, these photos are all bees, not wasps or other visually similar species, and most of them are workers, but if anyone wants to correct me, I won’t mind.

There are all sorts of bees. Some are great big fuzzy creatures that look as if they’d actually make good pets.

Some of these seem to wear bright orange pants. 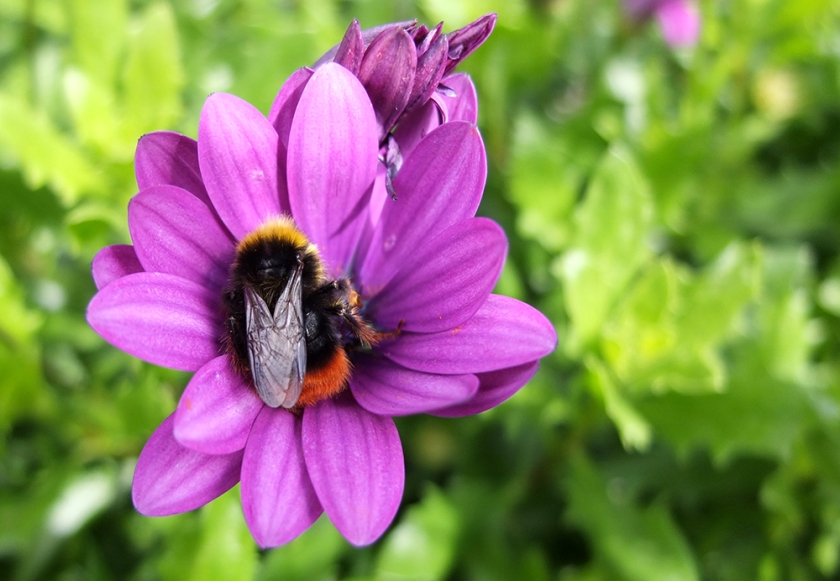 Others prefer something a little less garish. 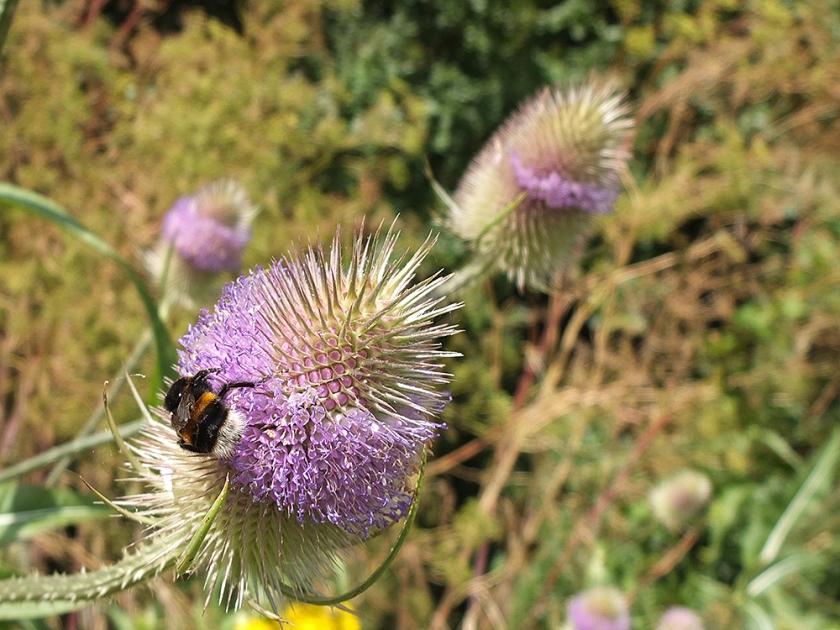 Some wear the traditional yellow and black striped rugby shirts.

Some blend in beautifully with their surroundings. 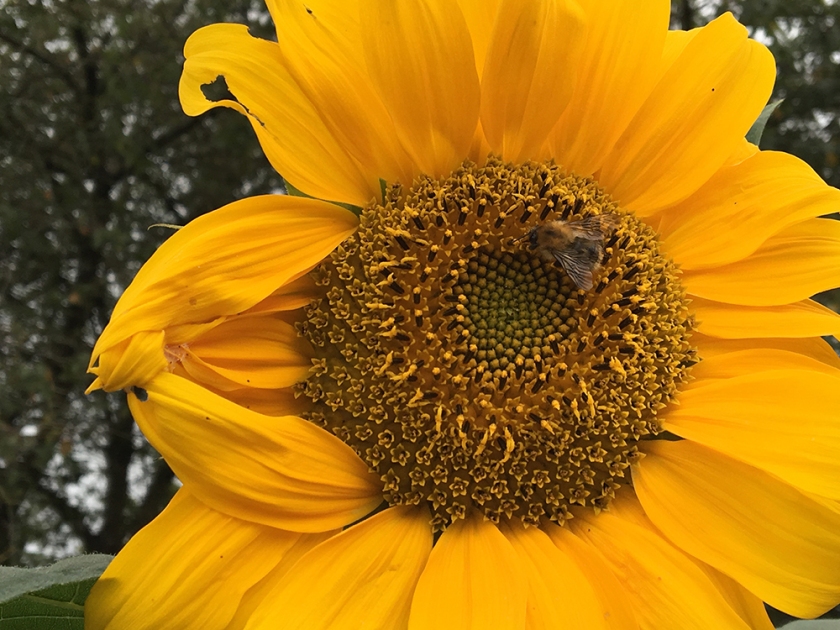 Then there are others that are slimmer, though still furry.

Some get covered in pollen and end up very dusty looking.

Others are bright and clean creatures that glisten like honey.

There are some that build their homes by burrowing in soft earth, where they live in colonies. 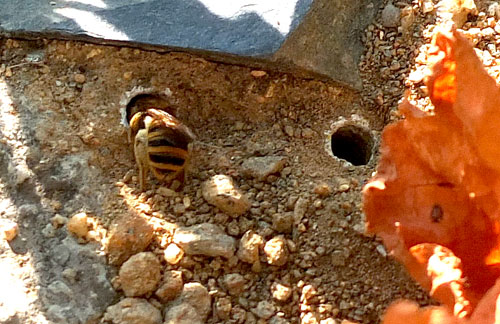 Others, like the carpenter bee, live alone and make use of holes in old telegraph poles etc. (Sadly, this one is dead, though I think it’s still beautiful.)

A bit of research has taught me that drones have much bigger eyes than workers, so I think this last couple of pictures may not be worker bees at all. In fact they may not even be bees. In either case you could argue that they don’t really belong in this post, 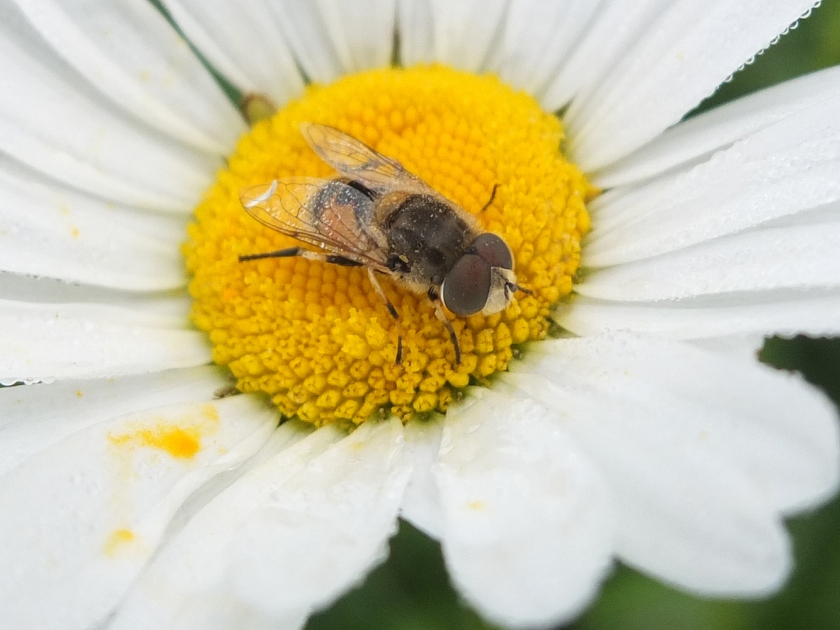 Even so, I’ve chosen to leave them here, as I fear that in any company team or group of employees, there will always be interlopers who don’t quite fit in and who really aren’t working.