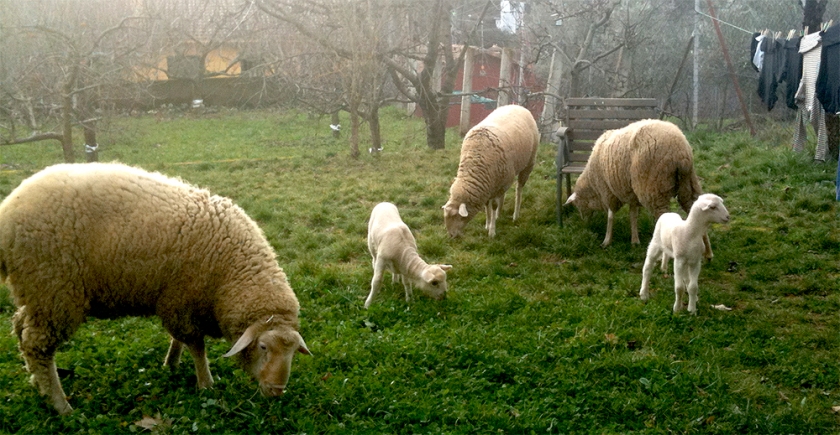 Some people say that God is in the details. Others say it’s the Devil. Whichever it is, and whatever kind of writer you are, details matter.

Over the decades, I’ve read hundreds and hundreds of magazine stories. Most of them were pleasant enough to pass the time with a cup of coffee and a biscuit, but left no lasting impression. A few, though, stand out; almost always because the writers messed up on details.

There was one I read years ago where someone was planting potatoes just before Christmas. I think this bothered me most as I am sure one of our home-spun English detectives – possibly Father Brown or Miss Marple – caught the criminal specifically because of their lack of gardening skills: they were digging where they shouldn’t, when they shouldn’t. In the magazine story the gardening scene was there to add atmosphere, but what it did instead was cause a distraction.

The latest irritation is a story that describes the narrator walking across the fields in city shoes, trying to avoid “sheep pats”.

I am more familiar than I’d like to be with cow pats, and fully aware of how unpleasant they can be when fresh or after recent rain, but what sheep leave behind is quite different, dry and pellet-like, like rabbit droppings.

In the story, the animal poo was purely incidental – the heroine didn’t slip and need to be rescued or anything like that – so it’s a pity that the non-standard expression caught my attention. I suspect the writer might have been trying to avoid a cliché, but a magazine story is not the place for experimenting with creative phrasing.

I suppose it doesn’t matter much, but it irritated me that a writer would be so unfamiliar with the world around them and that the editor wouldn’t notice.

That said, it gives me an excuse to post an old draft poem about sheep.

They stare at a second flock
of half-familiar faces. One
approaches, sees her doppelgänger
break from the group and walk
towards her. Two pairs of hooves
clip on patio flags. She pauses.
Draws closer.
Blunt muzzles meet; pink nostrils
flare quick breath that dulls the glass
then fades. Behind her, her lamb bleats
and frets; he bobs a billy-goat threat
but skitters sideways
when his shadow twin responds.

I think it’s still a draft, although the incident it’s based on happened some six years ago: we used to let our neighbour graze his small flock of sheep in our back garden – that’s them in the photo above. The day after we had our old door replaced with French windows, I was working at the kitchen table, but got very little done all afternoon as I was far too distracted watching them flirting and feinting with the doppelflock.

One thought on “sheep droppings and other details”