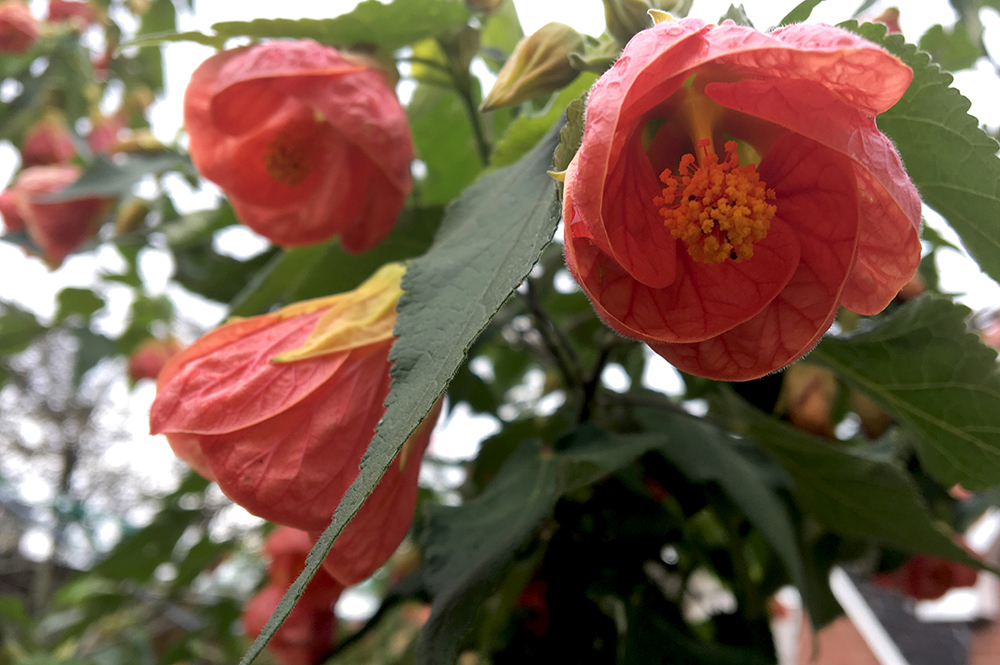 “Everything’s late this year,” said my aged mother, when I took her a cup of tea in bed this morning.

I thought that was rather unkind – it was only seven o’clock and who on earth expects their visitors to provide tea in bed before that on a Sunday?

But the theme has continued throughout the morning:

The only thing that really was late was lunch – which I was cooking and, as usual, mis-timed. Oddly, there was no comment about that. Perhaps by that stage she’d worn herself out and felt too weak from inanition to complain.

People talk of the elderly being in their second childhood, and sometimes that seems to be a perfect description. I’m fairly sure that most times when she gets like this she’s being deliberately obtuse, like a child repeatedly asking “Why?” to wind its parents up. Perhaps my siblings and I did that too much and now she’s just getting her own back.

Anyway, the photo goes to show that my mother may be right on some counts: the abutilon certainly shouldn’t be blooming quite so splendidly in November.