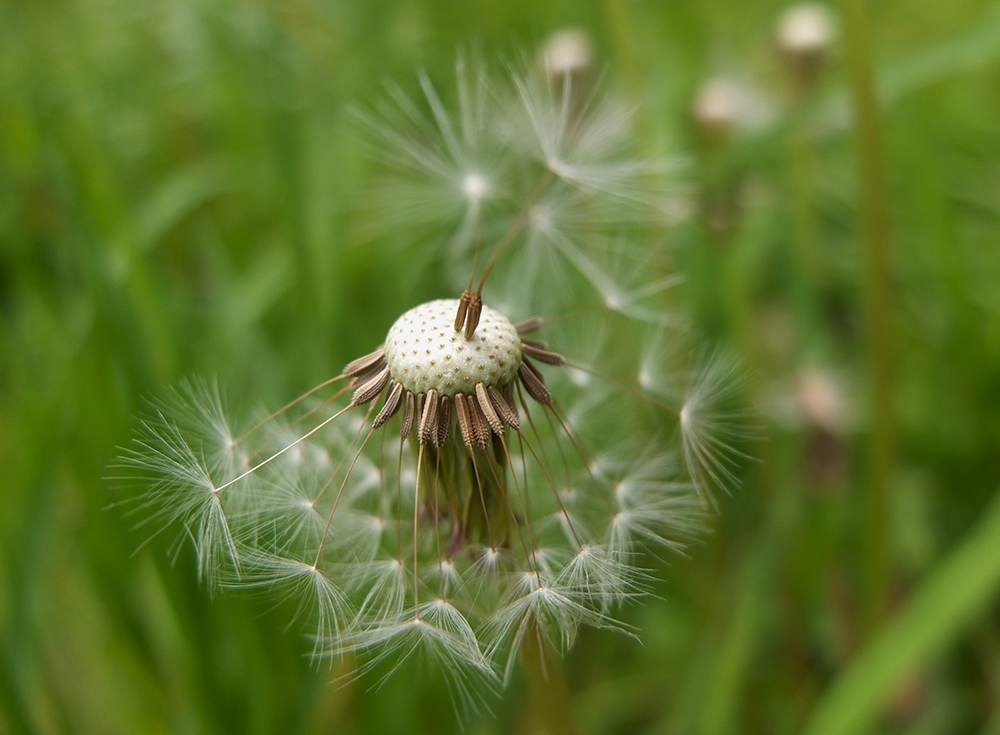 Regular readers will probably have realised I rather like dandelions.

Well, not just dandelions, but catsears, hawksbeard and coltsfoot, and all the other wonderfully named, bright, yellow composite weeds with flowers like the radiant suns that dot the pages of children’s picture books.

I like the seed heads, too, with their downy parachutes counter-balanced by tiny elongated seeds.

Which probably explains why there are so many of them scattered across the pages of this blog. Perhaps not as many as there are on the wide green lawns in the park, but plenty, nonetheless.

Perhaps it also explains why, despite having hundreds of such photos already, when I go out with my camera, I am tempted to take yet more.

The photo at the top of the page is new and I am rather proud of it. But when I showed it to a friend he said it’s like so many of my other photos: it’s scientific rather than attractive.

I don’t actually agree with him, but, then, I am a poet and I like to look at things close up.

Here on the blog I am slightly less bothered when there’s a comma splice or even an occasional typo (though I will edit old posts if I notice these things), but in poetry every single detail matters: every word must draw on all the power of meaning, sound and allusion to work as hard as it possibly can; every line break must be intentional; every punctuation mark must be correctly – or at least deliberately – used and placed in exactly the right position.

I remember meeting a couple at a writers’ group years ago and the wife explaining that her husband gave critique “like a poet” – he looked at the details of word-choice and punctuation rather than at the big picture. I definitely understand that, although I’d argue that a poet should ideally be able to focus on both the forest and the trees, even if not at the same time.

Another member of the group, whose manuscript was far too long even in his chosen genre of epic fiction, talked about the three styles of editing: slash and burn, where you delete whole swathes of description or entire plot lines; hand harvesting, where you remove individual words – not just adjectives and adverbs but articles and pronouns; and the germanic technique where you reduce the word count by creating innovative compound forms.

I guess there are many different ways of doing things, we all have our different skills and preferences, and we all see things from different viewpoints. For me, each dandelion is unique and, however many I have seen, if I look close enough, I may yet discover a new perspective.

Olive drab flickers across glass. The scaled tail
of a dragon curves the stillness of concentration.

his silhouette through bamboo slats: he clings
with the spindly suckered hands of an alien embryo. 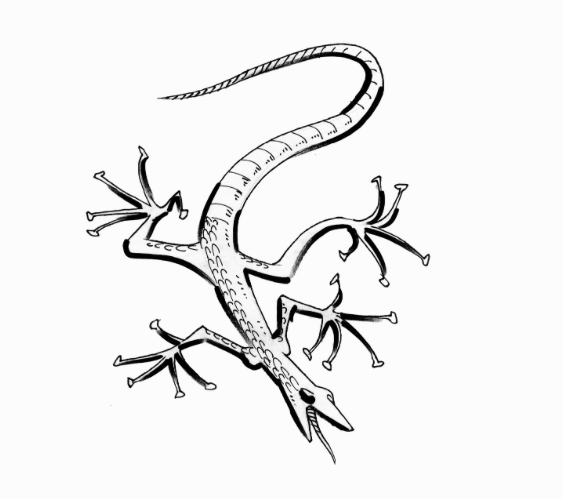 (The poem, and the illustration by Lance Tooks, are both taken from Around the Corner from Hope Street.)