There are certain things we take for granted in life.

Like the fact that certain fruit – cherries, apples, oranges, peaches etc. – are more or less round; and the fact that others – lemons, mangoes, kiwi fruit, strawberries – aren’t. And that there are fruit like plums that can be round or not, and others, like pears, that are so special and specific that they have their own shape name: pear-shaped.

Sometimes the things we take for granted are in fact not true.

We often think of tomatoes, aubergines and avocados as vegetables, whereas in fact they are fruits – the aubergine is actually a berry – and we think of strawberries as berries when in fact they are “aggregate accessory fruit”. We assume that oranges are orange, whereas if you buy one in a tropical market, it is likely to be green – though if you suffer with Daltonism, you are unlikely to notice anything out of the ordinary.

Sometimes the words and names we learn are surprisingly accurate though we overlook their literal meanings – did you realise that a cauliflower really is a flowerhead? – while others are quite spurious – the Chinese gooseberry was neither Chinese, nor a gooseberry.

Occasionally words get replaced by others that may, or may not, be more appropriate – due to New Zealand marketing efforts, most people now think of ‘kiwi fruit’ rather than Chinese gooseberries.

Sometimes we choose to use a word because the thing we’re talking about reminds us of something else: cherry tomatoes really are the size of cherries, although the shade of red is quite, quite different, and we are used to buying cans of Italian plum tomatoes, which are shaped more like an English damson or Victoria than the round tomatoes we are more familiar with.

This is confusing enough when you know what ‘tomato’, ‘cherry’ and ‘plum’ all mean, but when the words get passed across languages it becomes even more confusing. In Spain, if you ask for cherries at the greengrocer’s, they will give you cherry tomatoes. But ‘plum tomatoes’ – whether bought in cans of fresh – are known as tomates pera – pear tomatoes. 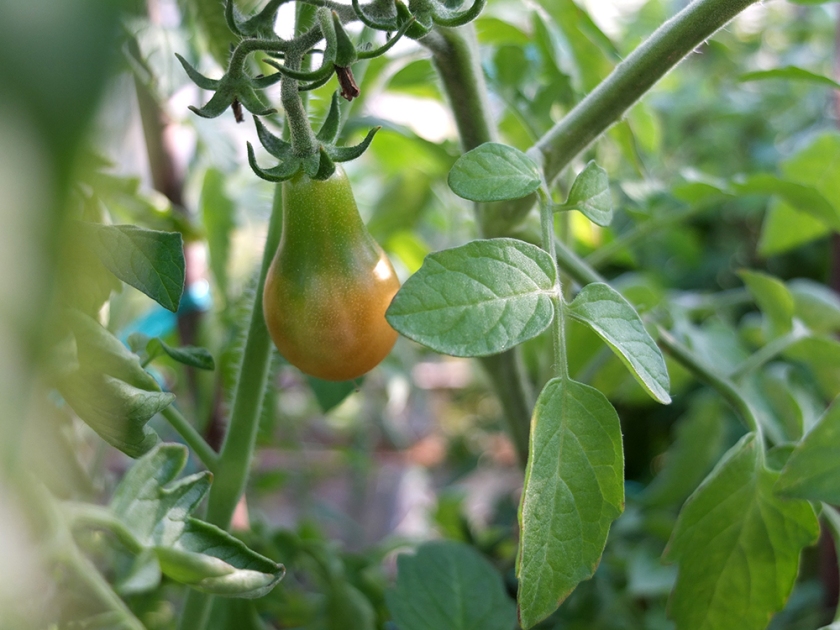 I’ve seen miniature plum tomatoes in Spain, and have seen and heard them referred to as cherries pera.

I wonder, then, how on earth a Spaniard could refer to the tomatoes in the pictures: would they be cherries pera con forma de pera?