I don’t really think of Easter as a time dedicated to reflection. Lent, maybe, with its fasting, abstinence and penitential attitude; that would be an excellent time to contemplate and take stock. But not Easter, with its joyful message of hope and resurrection.

Even so, the photo that I’ve chosen as a prompt today is definitely a reflection. And it’s triggered some reflection of my own.

Although I wasn’t aware of doing so, I wonder if my subconscious has keen to review where I’ve been and where I’m headed. Looking over the photos I’ve taken in the last few weeks, there are – as usual at this time of year – lots of trees in bloom but, among them, a secondary theme arises. I find that I have been slightly focused on paths.

I say “slightly”, because there’s no doubt the primary focus is the beauty of the blossom, while the path is invariably off in the background. 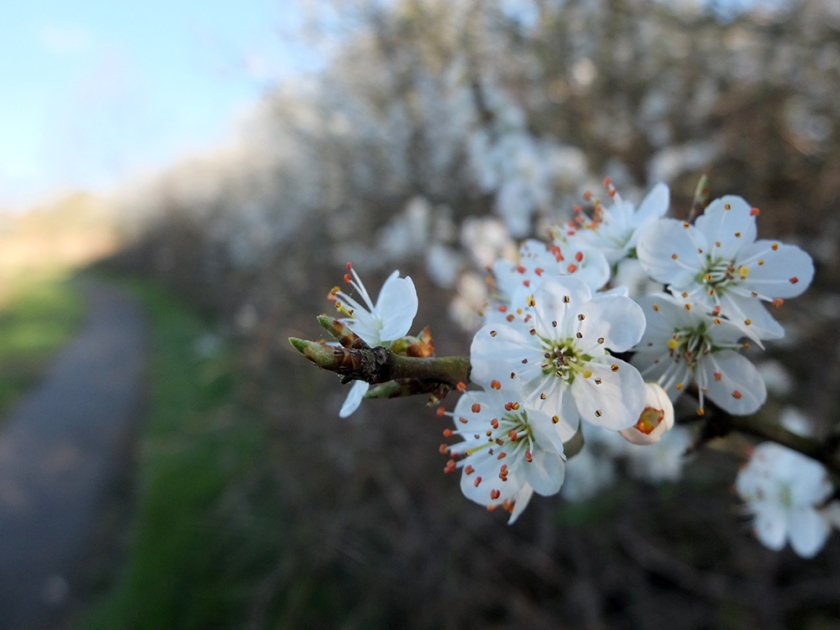 Sometimes the path may not even be much more than a well-trodden area where the grass has been worn away by the passing of many feet.

Sometimes the path shows beyond the blossoms, giving a hint of what’s ahead. 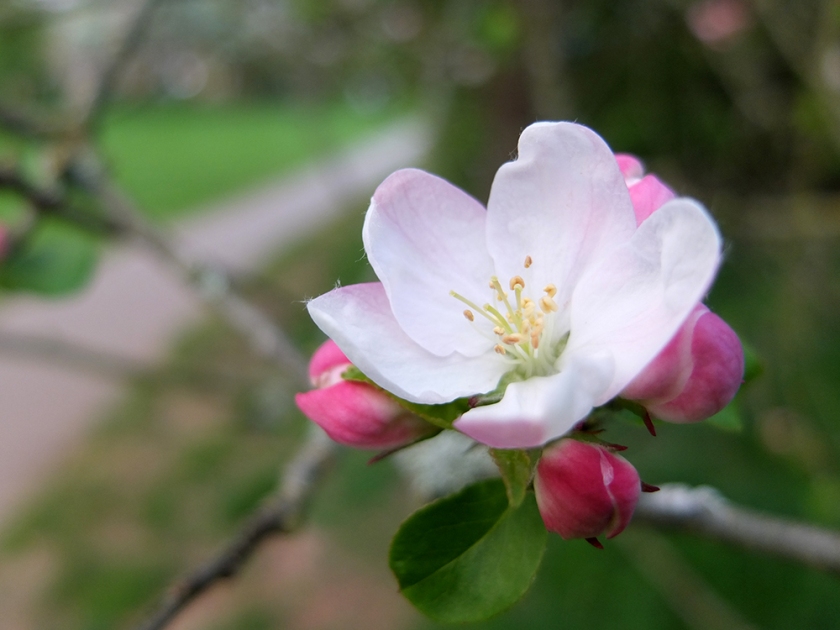 Sometimes I have turned back on myself and am looking back where I’ve come from. 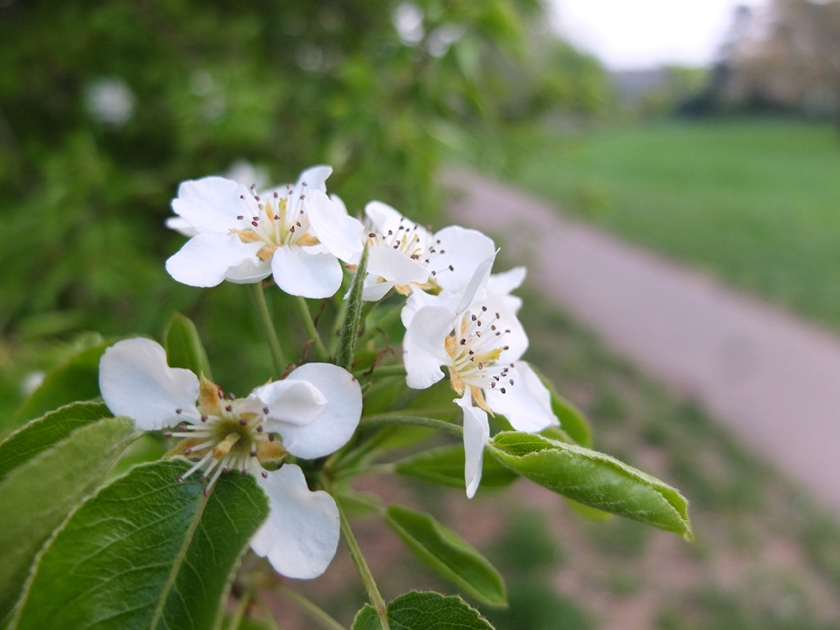 Always, though, the path is empty. And anyone who has read more than a few posts on this blog will realise that that’s almost always the way: I never put people in the pictures.

But this morning I followed a path around the pond in the park and instead of just looking forward or backward, I looked to one side, across the water. And I was struck by the visual effect of a group of people, strung out in a line, keeping an appropriate social distance while chatting.

Perhaps what struck me most, though, was the reflection itself and how detailed it was;. I must have watched for several minutes and the water never missed a trick.

First, there was the bright geranium-pink sweater worn by the mother with the pushchair and the toning tops of her two youngest – two little girls who had raced past me a few minutes earlier on their bikes.

From his choice of navy and black, I imagine the oldest, also a cyclist, was a boy. His outfit balanced well with the check shirt of the guy that the mother was talking to. Then there was the big blond dog – presumably a labrador – who was ambling back and forth around the group, exploring all the smells and scents of the waterside.

In the photo at the top of the post, there’s another adult, a walker who has passed the group, while in the one below, another cyclist has just entered the scene from the right. 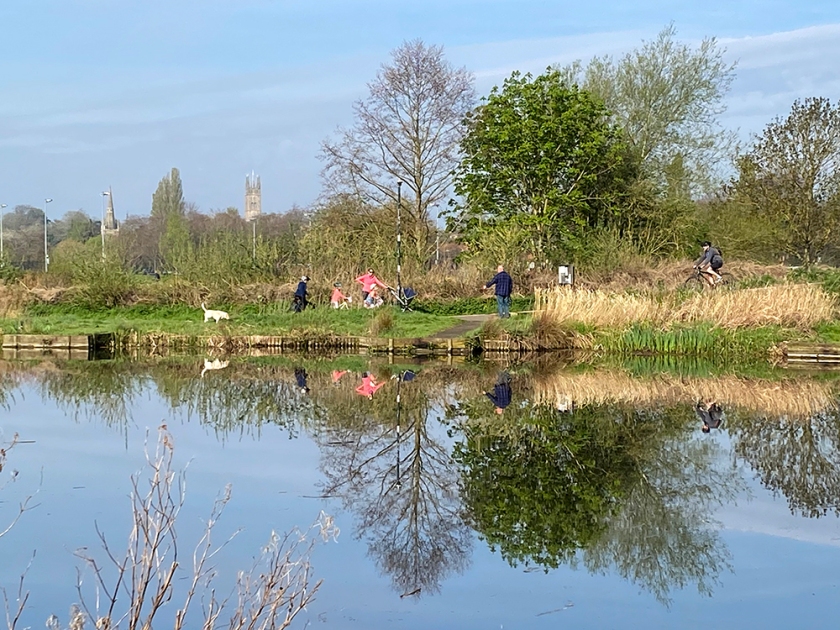 I’m not sure what I should read into this new interest in people. Perhaps it’s a side-effect of the current restrictions on meeting and personal contact. After all, even those who follow solitary paths need to be social at times.